Hello - I know I should have updated sooner but my energy level has really dropped from low to very low this week. My hemoglobin and hematocrit were pretty low on Tuesday so I will probably get some red blood cells when I go back on Thursday which should help.
I did get the trial drug yesterday, it's called STA-9090. I didn't have any reactions to the drug while getting it and haven't had any side effects so far. Yesterday was very stressful though because my appointment was at 9:00 and the drug did not get there until 12:30. In addition, they had to do EKGs and blood work before, during, and after the hour I was getting the drug. I was very tired and I felt like every time I was almost asleep someone came in wanting to do something else to me.
Yesterday was also mom's birthday so we joked that hopefully what happens on her birthday works better than what happened on my birthday (transplant). Michael also started school this week. This semester he has to teach two general chemistry labs and take a class on top of his research responsibilities so he's going to be busy. However, he has always been a "workaholic" and enjoys being an official Tarheel even though it brings more responsibility.
As always I hope you all are well and having a good week,
Amy 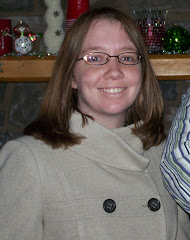